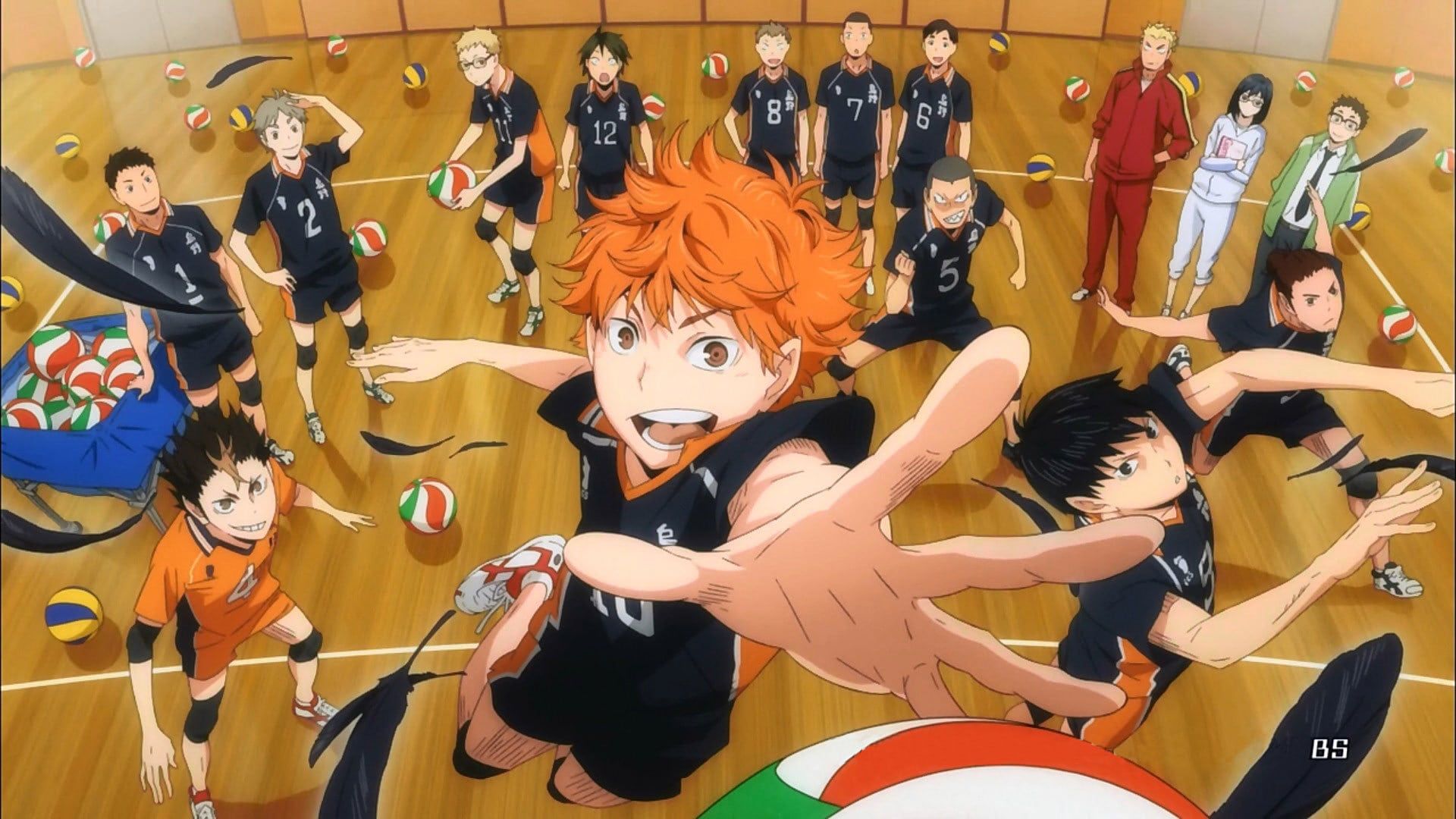 I know, I know, the whole point of watching anime is that we don’t have to go outside and subject ourselves to the constant fear of being pelted in the eye with a stray softball or cleat in order to have a good time, but hear me out.

With last month’s release of Haikyu!!‘s newest season stirring up a social media storm akin to that of much bigger titles (that will go unnamed lest I be flamed into nothingness), I think now is as good a time as any to acknowledge, especially for those who haven’t caught the wave yet, what it is that makes sports anime so appealing to an audience that typically concerns itself with giant, multi-tailed fauna and humongous balls of pure, deus ex machina energy that conveniently eviscerates all bad guys and annoying notions of logical power scaling.

The sports anime genre has been around almost as long as anime itself with the first being a Japanese animation in 1931 that followed a baseball game between a team of tanuki and a team of rabbits. The animation back then obviously wasn’t as immaculate as what we’re used to today, and the players were only slightly less kawaii than best boys like Shoyo Hinata and Ippo Makunouchi, but with the constant atmosphere of competition and perseverance, especially in the face of an angry old toad eating their only baseball, the spirit of the genre was definitely there.

Since then, instead of shows following young protagonists with miraculous willpower, giant evolving mechas, or swords twice their body length, some creators have taken to writing series about protagonists with much more realistic anatomies and much shorter shorts. Over the years, shows like Slam Dunk, Eyeshield 21, and Yuri on Ice have stolen the hearts of many with their tales of hardship and perseverance throughout the athletic careers of their main characters, and if I’m being completely honest, they’re impossible not to love.

And now you’re thinking “But Tyrone, I still don’t get why I should watch some powerless schoolboys play soccer or practice judo when I could be watching demigods with physics-defying haircuts and the ability to knock out everyone in a mile radius by twitching their eye a certain way?” Well, shut up, we’re getting there.

Sure, you could watch a show about guys who get stronger by screaming sufficiently into the ether or by eating their mentor’s hair, but what do you really gain from that? Unrealistic expectations and weird fetishes. In sports anime, you’re able to see characters who are no different from yourself, people who have to learn to be clever and take full advantage of their human capabilities and limitations in order to better themselves.

In fictional worlds where the physics are the same as our own and the characters have to solve everyday problems like a lack of motivation or feelings of inadequacy that people just like you and I deal with, something much more inspiring is possible. Characters in sports anime not only show us the benefits of having an undefeatable shonen spirit, but also the inspiring effort it takes to sustain that force in the face of realistic and relatable adversity and how worthwhile it all is when you finally win that tournament or a practice game or even when you experience that underrated pleasure of perfectly executing a simple task that you’ve practiced at relentlessly.

Sports anime reminds us that our favorite, most overpowered protagonists are inspired by people no different from ourselves who were just so good at being human that some upstart storyteller couldn’t help but call it supernatural. They impart a straightforward pleasure by showing not how great it feels to fire a mega-galactic-destructo-god-buster-beam-cannon at a villain and scattering their sorry atoms into the cosmos, but how satisfying it can feel to just be human and to try your best. If you don’t think that’s wholesome and worth the watch… I’m tellin’ ya mama, because you a damn lie.